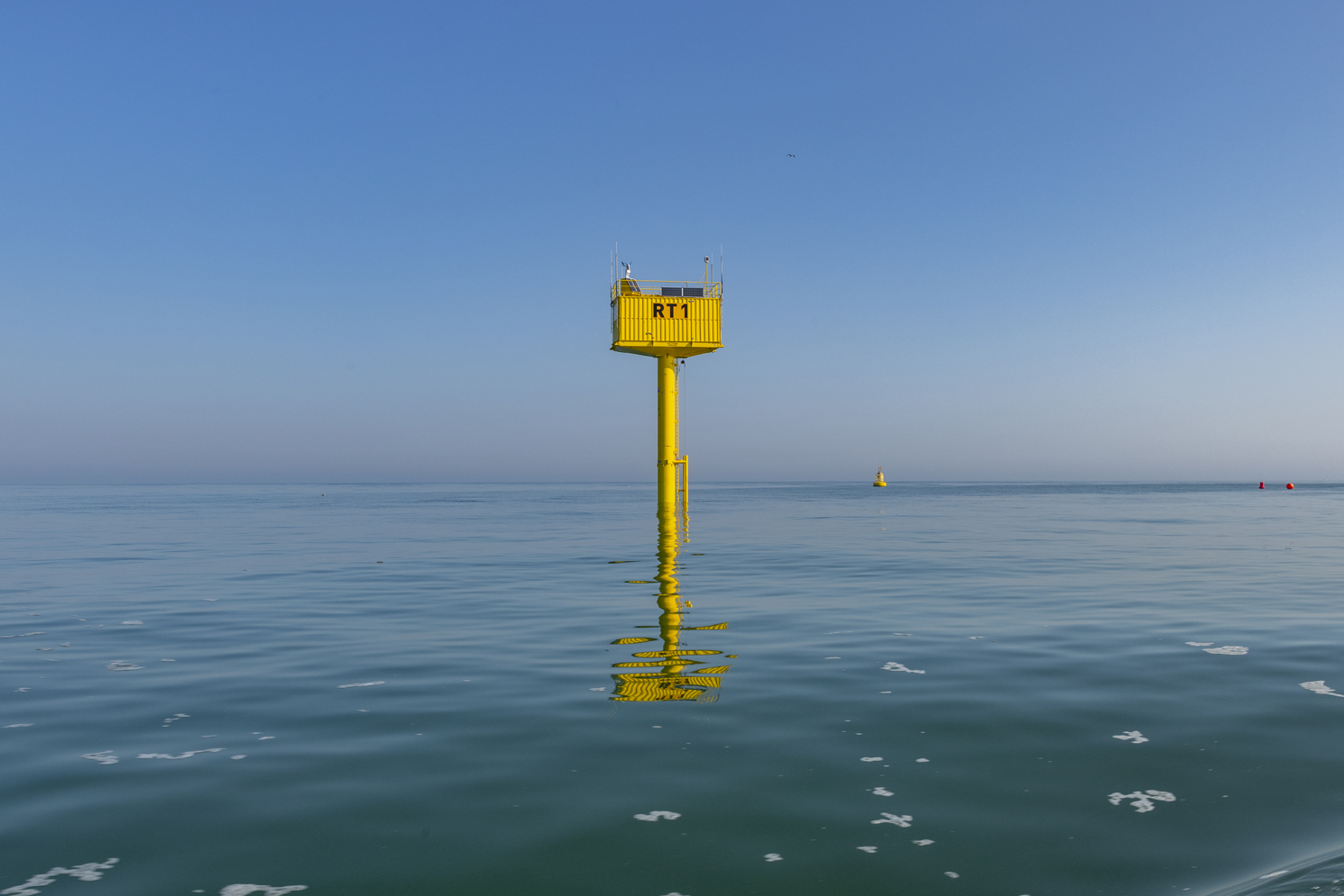 Oceans of Energy is planning to deploy a 3 MW off-shore floating PV array in the North Sea in the test zone managed by the team of the Blue Accelerator with headquarters at Bluebridge, Ostend Science Park. With the announcement of the new project, Blue Accelerator confirms its status as a major European test lab for new developments in marine or ocean energy.

Next year, the Dutch company Oceans of Energy will install three football fields of floating solar panels off the coast of Ostend. The Belgian North Sea is emerging as an important test zone for new energy technology.

The installation will be located at the Blue Accelerator (see photo) in Ostend, a test platform that was set up in mid-2019 at approximately 500 meters in front of the port of Ostend. The platform contains high-tech measuring equipment, which makes it an ideal laboratory for innovations at sea.

The setup itself comes from Oceans of Energy, a Dutch company that was founded in 2016 by sailor and engineer Allard van Hoeken and raised 15 million euros for the development of energy systems at sea. That is not the only party involved. The initiative is part of the EU Scores project, in which several European partners are participating, including the POM West Flanders.

" Because of the Blue Accelerator, it has been decided to conduct the test in the Belgian North Sea," says Tom Baur, business developer Blue Energy at POM West Flanders. That provincial agency is the owner and operator of the platform. "We have all the equipment to monitor. That is unique in Europe. "