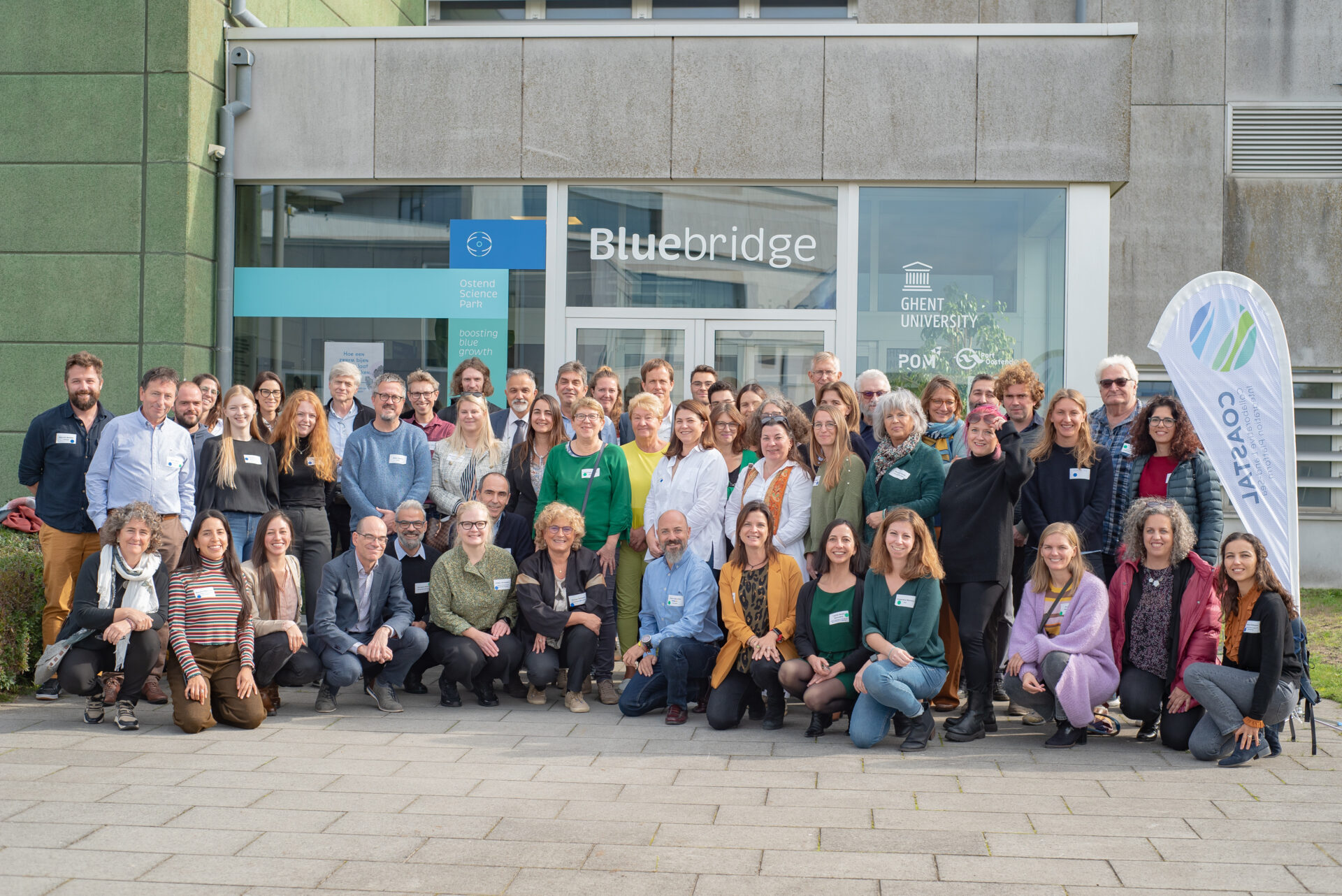 The final event of the COASTAL project was spread over three days with a workshop, a final conference and a field trip.

The first two days had as location Bluebridge, where we started off with a workshop surrounded by multi-stakeholders lab stands from six different countries. The next day on the conference we not only presented the results obtained through the COASTAL project, but also listen to some fascinating insights on Blue and Green policy and the long-term vision on coastal-rural transition by policy officers Orsolya Frizon-Somogyi, DG Agri, and Juan José RONCO ZAPATERO. DG Mare. A high interaction level was conceived with the panel discussion where questions were raised on how to make more conscious the energy consumption facing climate change issues and how to make long-lasting societal changes involving decision-makers and stakeholders alike.

On the final day, to say goodbye to Ostend and the Belgian coast, we went on the field and close to the sea to have a better view on these land sea synergies we were dealing in the project. In the morning we drove through the Oudlandpolder  where Wim van Isacker (VLM) and Bastiaan Notebaert (VLAKWA)  guided us through the painful water management issues affecting this region’s natural and agricultural areas. John Van Gompel of Natuurpunt received us at the Uitkerkse polders where they manages 650 ha of meadow bird reserve and how they are trying to give nature more resilience for the future.

Steve Dauwe explained the innovative investigation of the VLIZ concerning blue ecosystems and showed us some work on Coastal protection. As Ostend is a town with more than 70000 habitants, which can fivefold in the summer, we also received a talk by Karl Vanackere from the city of Ostend on how urban development is trying to increase housing taking into account the ecosystem. Sara Vandamme from the University of Ghent introduced us to the BLUE BALANCE project, which aims to increase public engagement and participation in the sustainable transition of the Flemish coastal region. This project focuses in particular on bringing residents and tourists of the Flemish coastal region into dialogue with local industrial stakeholders and policy makers. The POM, partner in COASTAL, is supporting the further growth of Blue energy in Belgium, for which Ben de Pauw explained us about the different projects of the POM and especially their Blue accelerator, which is a test platform in the sea. He also elaborated on the role of the port and how its further developing their support to the offshore activities.  The tour ended at the fish action where Sylvie Because informed us on the status of the Flemish fisheries and how aquaculture can be an added value for the region. In that setting we finished our blue walk with an explanation on her new project “MariFish inc.” and the new project of Bluebridge “BlueBioCLuster“ where a push will be given to start ups and company dealing with Blue bio economy.