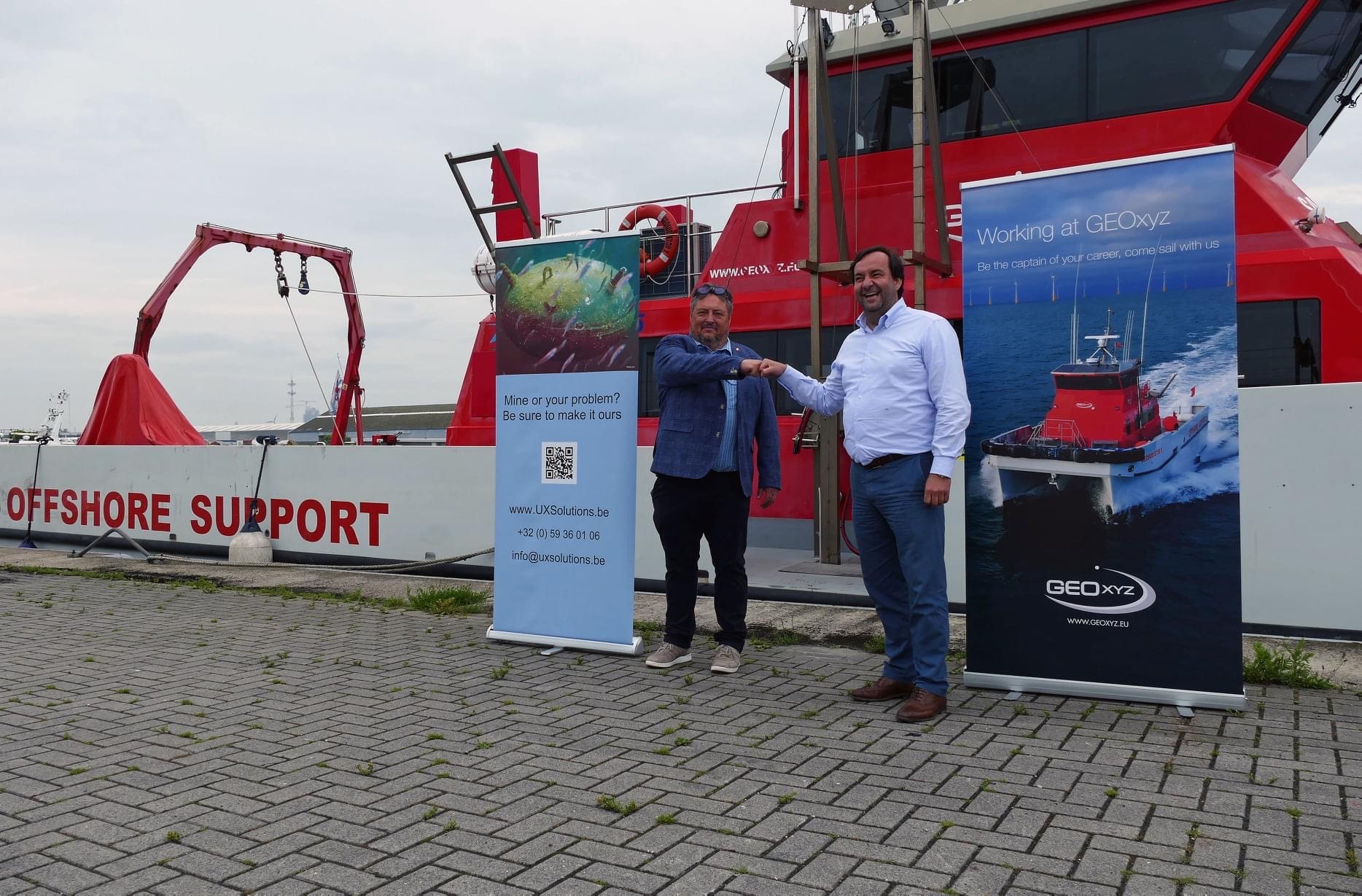 The West Flemish companies GEOxyz bv from Zwevegem and the Ostend company UXSolutions bv have decided from now on to combine their know-how and strengths. GEOxyz will soon be settling on Ostend Science Park territory. UXSolutions has been part of the Bluebridge residents for some time, where he has an office in this headquarters of Ostend Science Park.

These 2 companies have already worked closely together several times during the execution of offshore munitions tracing surveys (UXO) during domestic and foreign offshore projects.

The collaboration of these two highly specialized and renowned companies in their industry should become a spearhead for the further development in survey techniques and sound solutions regarding UXO problems for their customers at national and international level in the offshore sector.